Autoparts24 is changing the market for used car parts 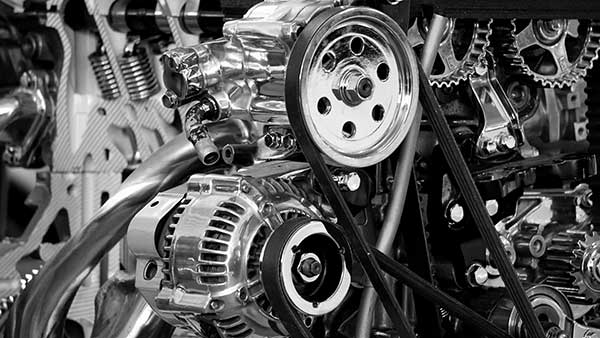 Autoparts24 is a digital marketplace passionate about used car parts, auto parts and auto recycling. Several of our employees have a long and solid background in auto salvage and in auto parts.

Why does the industry of car salvage and used car parts exist? 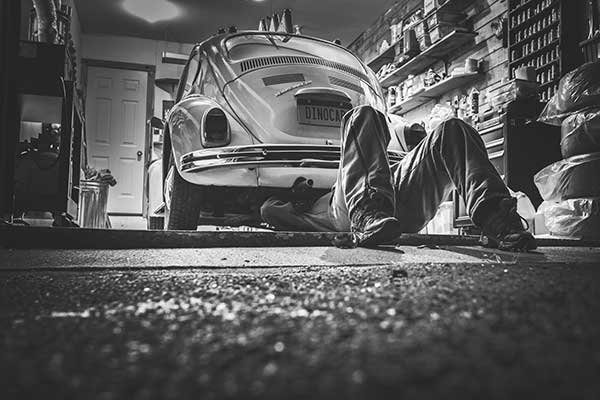 Today, the primary reason for buying auto parts from an used car parts supplier is financially motivated. With an overall saving of 50% of the price compared to new parts, there are often huge savings to be made for the customer. The lack of opportunities to buy new parts is another motivating factor for the purchase of used parts. Vehicle manufacturers typically produce spare parts for car models for 5 years after the launch of the car model. When this production stops, the need for used car parts for the model is naturally increased and the position of the used car parts suppliers is strong. Prospectively, the used car parts industry therefore has a solid and relevant justification.

If the cars are to be repaired cheaper and have a longer service life, the market for auto salvage and used car parts are essentially for the customers. That is why the industry exists, and we are confident that the auto salvage industry will experience much growth.

The future increase in focus on sustainability will shape the used car parts industry. The definition of sustainability is that "sustainability creates the best possible conditions for people and the environment, both now and in the future." Autoparts24 is convinced that in the short term there will be an increased focus on the recycling of goods that are functional and can replace new items seamlessly. This focus will be both consumer-rooted - and politically motivated. Also in the field of auto parts.

Since 1 January, 2017, auto mechanics in France have been under obligation to offer repairs of privately owned cars and vans with used parts. This ensures easier consumer access to financial savings and the ability to recycle the huge amount of used parts in working order from the used car parts suppliers

The French law on maintenance and repair is not rooted in EU law and is therefore a purely French matter.

We also expect that the development within used car parts and auto salvage that took place in France will become part of the used car parts industry in Europe in general. However, there will be many national interests in and political views on auto salvage, environmentally protective initiatives and circular economy which will have a major impact on how fast developments in the recycling of auto parts will be.

When you look up the typical description of auto salvage on Wikipedia, the result will most likely be the following definition:

"An auto salvage yard, or an auto graveyard, is a place where cars and other motor vehicles are emptied of environmentally dangerous liquids and later disassembled into all their components. Many of these used parts are sold directly to customers over the counter but also via the internet. The parts that cannot be sold are compressed into small cubes and then sent to a scrap processing plant where they are melted down into new metal.

Auto salvage providers must be approved by the Danish Miljøordning for Biler (environmental scheme for cars). When a car is taken to an authorised auto salvage yard, a car scrapping bonus is paid out. In 2015, it amounted to DKK 1,500 after deduction of the environmental fees and scrapping costs.

The description accurately captures the general idea of the concept of auto salvage and what is considered characteristic of the industry today. The typical terminology of the business includes car scrapping bonus, scrap car, recycling, auto salvage and scrapping. Terms which naturally do not support the real possibilities and ambitions this business should have. Generally, there is great sympathy for recycling, irrespective of whether the motives for recycling are environmental or financial. In recent years, the major focus on recycling has created a new concept that brings together an understanding of the subject - the concept is known as circular economy

It is the overall ambition of Autoparts24 to digitalise and internationalise the entire auto salvage industry and to create a large and relevant supply of auto parts which can be bought and delivered easily and quickly. Regardless of where the replacement part comes from and where it is to be delivered. In other words, it should be easy to trade in auto parts.

Both auto salvage suppliers, car repair workshops in need of auto parts and car owners in need of parts for their cars buy their parts at Autoparts24.

Autoparts24 is a digital marketplace passionate about auto salvage, auto parts and auto recycling. Several of our employees have a long and solid background in auto salvage and in auto parts.

And on top of this, we are dedicated to providing customers with the largest and best supply of used parts. We also offer refurbished parts appropriate for many customers - including transmissions and car engines. Refurbished spare parts do not yet hold a distinct position in the used car parts industry and prospectively, we expect that this will have a positive development.

New used car parts suppliers regularly join the marketplace, and if you are an auto salvage supplier and want to sell your spare parts via the Autoparts24 marketplace, please feel free to contact Autoparts24 sourcing department on telephone +45 38 74 04 48.

Autoparts24 offers spare parts for all makes and models of cars. Our inventory comprises more than 100 used car parts suppliers and their inventories.

The most popular car brands in the sale of used parts from the used car parts industry are:

Autoparts24 ensures customers the largest selection of used parts across European borders. It should always be easy, fast and safe to access and buy from the largest digital marketplace for used car parts. And always with fast delivery from reputable suppliers in the European market of used car parts suppliers.


It has not always been easy to be a customer in the auto recycling and used car parts industries. In many countries, used car parts continue to be sold in the standard analogue manner. The process is typically as follows:
This way of doing business is slow for both the used car parts supplier and the buyer.

Compared to the purchase process regarding new parts - which is currently based 100% on E-commerce platforms with a very large related amount of product data available - the used car parts industry is challenged as the purchase process in particular is essentially critical to auto part customers. If products in the automotive recycling business are to compete with the market in new parts, customers must be offered a modern digital business platform.

That is why we give all our auto parts a grade for quality.

The most important thing for Autoparts24 is that our customers are more than happy with their purchase. And it is essential that customers’ expectation to the auto part is met.

Autoparts24 always has 2,600,000 used auto spare parts available in our shop. All of these used parts are unique, and thus all products are individually registered to have an individual registration in our database.

As the absolute biggest auto salvage marketplace in Europe, customers will experience such a large range of spare parts that it is necessary to filter the search matching the requirements and expectations of the auto part customer. And one of the new criteria offered by Autoparts24 on all spare parts is a 5-star rating system providing customers with the necessary insight into the quality of the individual auto part.

All spare parts are fully functional and can be installed in the car immediately. This is the overall prerequisite for all spare parts that can be purchased from Autoparts24.


Used car parts suppliers present the parts in many different qualities and prices, and it is often of essential interest to the customer to know this quality before purchasing, and to assess the spare part against other similar parts based on price and quality as the primary factors.

1. The condition and quality of the auto part, including
a. Year
b. Milage
c. Other relevant data

2. Supplier performance, including
a. Data level
b. Number of photos
The 5 levels of quality distinguishes between fully functional used parts and are divided into the following categories:

Across the car brands and car models, there are spare part categories that are more in demand than others. The most popular categories are:

Security of supply and speed of delivery are of great priority. Our customers are often missing the spare part and would like a very fast delivery. The spare part warehouses are located in several different European countries, and customers from all over the world buy from Autoparts24. These geographical factors mean that an effective way to securing delivery has been built.

Just like the used car parts supplier's work with dismantling the spare part, cleaning the part and packaging it properly for transport, the transport itself must also be fast and efficient. Shipping is one of the primary core services we offer our customers as part of our solutions.

Quality in this part of our services is also very important and therefore, we only use standard commercial carriers such as DHL, UPS and Schenker.


Standard delivery is free and included in the purchase price of the spare part. Express delivery can be purchased for most auto parts.

All purchases are covered by the rules of deficiency under the Danish Sale of Goods act, including regulations relating to complaints.

In case there is an error in the order or delivery, you should notify AP24 within 8 days using the claim and return link on the web shop. The warranty only includes the purchased product, and not spare parts that are supplied free of charge. For engines, the following items are considered spare parts: Clutch, turbo, water pump and nozzles etc.

For the consumer, the complaint should be made within a reasonable time after the consumer has discovered the defect, and no later than 2 years after receipt of the item. For businesses, Autoparts24 offers a 6-month warranty.

Safety is the most important thing for us when a payment is made.
AP24 uses SSL (Secure Socket Layer) in our payment system. This means that data sent in connection with a credit card transaction are encrypted and therefore only a card acquirer (such as Nets or PayPal) can read these data.
The amount of your purchase will only be deducted upon dispatch. A higher amount than the one you have approved at the time of purchase can never be debited.